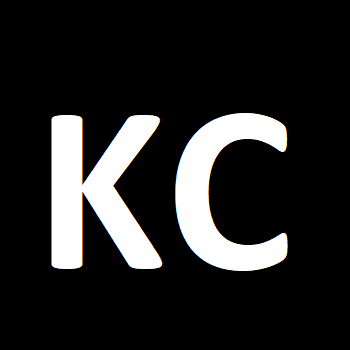 AI: an illusion to most

Artificial Intelligence, ‘AI’, something which was a component of films, doomsday predictions and a lot more has turned into a reality.

A technology with cognitive ability, the ability to reason out and differentiate, with machine learning, to learn and understand and grow its base without being entered by a human. A technology that is self-sustainable, can take its own decision and survive.

In the past decade, it has evolved, from a chatbot being the closest thing to having it on phones as Siri and the Google Assistant to a robot getting the citizenship of a country as Sophia, the development has been massive.

From discovering scientific theories without humans, ‘the regeneration process of a flatworm’ which was a biological mystery for 120 years to beat the world, ‘Go’ Champion, Lee Sedol.

Moreover, moving directly into the stand of the general public, Artificial Intelligence is with no doubt one of the most crazed words of the past decade.

However, since its very beginning, its scope has always stayed an illusion to the mind of a pedestrian on the lower streets of the qualification society.

To the situation that when a normal person is asked Most refer to the technology as a job killer, negatively disruptive and to a limit, a fatal technology.

Under obsession of the ill notions provided by Hollywood films, the technology has gained a very different definition then to what its original means, scope or prospects lie in but keeping the same in mind, the common man has untaken various fear from the implementation of the technology.

The scare has reduced with the truth being exposed but increased with the wrong interpretation.

People have fallen into the trap of a panorama of illusions in a captivated manner.

The technology has been turned into an illusion of war, conquer and inhuman scope.

Moreover, every achievement in the field of technology is taken as step negative.

So is the case with 88 percent of people.

On the other side, it is visible that technology has great advantages for mankind, it could help unravel major mysterious of the world

The true scope of Ai stays unknown to them but not limiting ourselves to a portion and considering all the others,

These are the people who consider the technology to be an overhyped and science fiction, it is believed among them that this technology is completely useless

They think of it as many other hypes over the years

What most don’t understand is that AI is revolutionary in every manner.

We see the world standing on a graph where when at one angle the race is at the top of technologies with personal computing, we see that most people stand unaware that all these development are a minor segment of a graph for which we are just at the crust in terms of technologies such as AI, quantum computing and mobility computing.

At last, there is the 2 % group who understand this technology

This is the intellectual society which has been successful in keeping itself updated. These are the people who are bringing a difference in the sector and are often involved in the development.

The 2% has it clear that neither is the technology as intense at the point that it overtakes nor as lite that it would be under stroked.

They do understand if not properly guided, any direction is possible, to a limit in a dimension of options we stand unknown to.

The technology is growing along with its prosperous fellow like quantum computing which is helping.

The technology is unwrapping a whole new arena.

If we look around, we see so many examples which although are used by 99%, stand unnoticed as the technology